Firstly a thank-you to everyone that has braved this blog in spite of its terribly unfunny opening salvo. I promise to be absolutely 100% pun free for the duration…

Representing yet another narrowing of the wireless market, Extreme has followed in the footsteps of Cisco, HP and Fortinet who had, in the past two years, acquired Meraki, Aruba and Meru respectively. Extreme, however, differs from its competitors in its approach to acquisition and the long term implications to its portfolio. 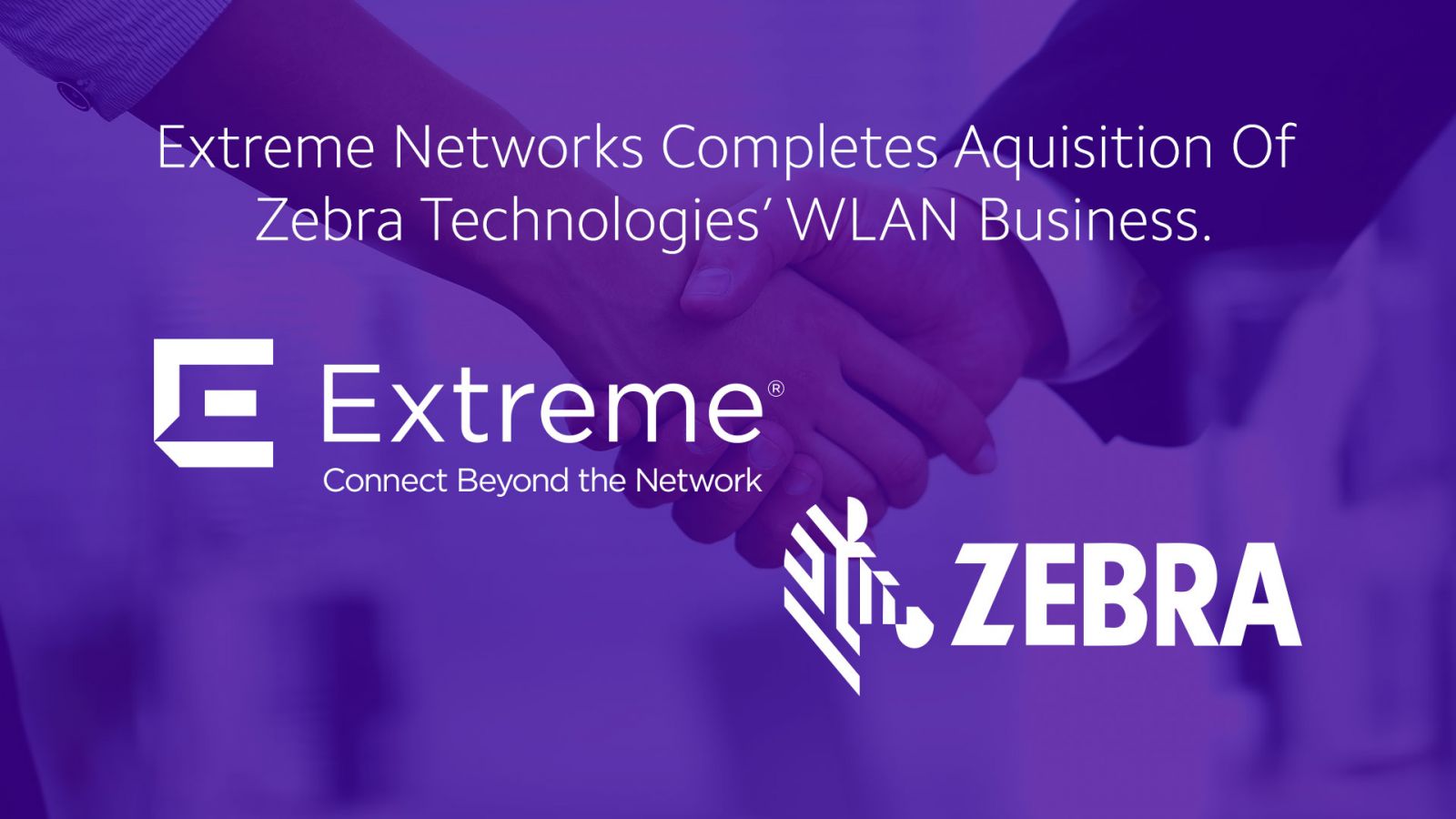 Firstly, take the Cisco acquisition of Meraki. To this day Meraki is built, marketed and sold as a completely separate portfolio to Cisco’s traditional Aeronet product set. Fortinet’s acquisition of Meru represented an entirely new direction for the cyber security company and an inherent change to their go to market strategy. Even HP’s acquisition of Aruba, though seemingly most similar to the Extreme/Zebra marriage is different in that HPE and Aruba still maintain a number of diverse wireless product lines and have a way to go when it comes to merging those into a single and coherent wireless strategy.

Extreme, on the other hand, look clear and concise in their perceived gains from the acquisition of Zebra’s wireless business. Already leading the way when it comes to network based analytics and layer 7 application visibility – Extreme will now look to incorporate the leading edge mobility and location based functionality inherent within Zebra Technologies. Although still very much in its infancy, this is a merger that could propel Extreme Network’s already well defined management and analytics portfolio to the next level.

As a vendor Extreme has long since understood that the value of Wireless technology is not simply to provide connectivity or mobility but rather to allow its customers to better understand and engage with its end users. Its analytics solutions allow the IT organisation to derive real and tangible value from the wireless network, better informing business decisions and in turn driving greater customer satisfaction. Wireless, in much the same way as happened with the LAN market, is reaching the point where we no longer concern ourselves with decisions around 11n, 11ac, 3x3, 4x4 etc… Where no-one vendor truly outstrips the other in terms of hardware performance, but rather where software and software defined networking differentiates the market leaders from the niche players….